Gary Fairclough, a Transport Supervisor at Yodel’s Shaw centre in Oldham, is celebrating 40 years of service with the independent parcel carrier. 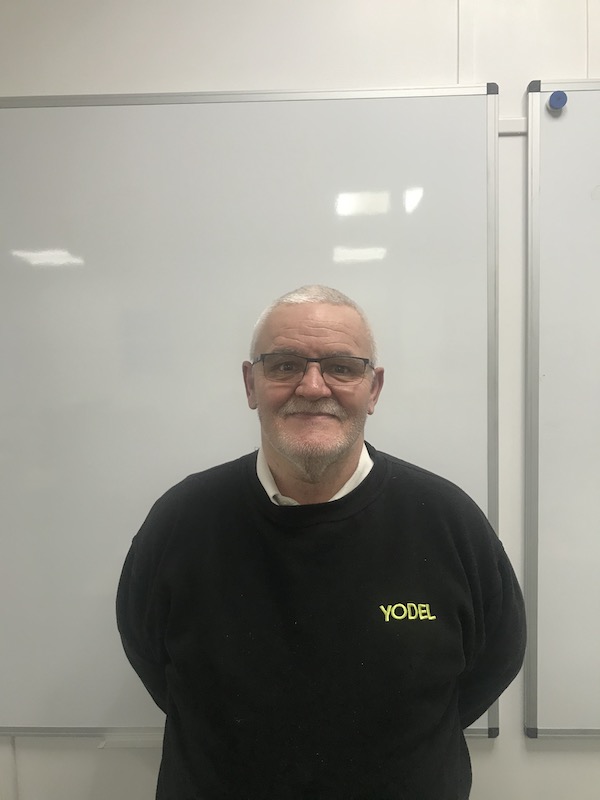 In 1981, Gary was working as a labourer on the Yodel Martland Mill Gus construction site and, as works came to an end, he was hired at the Yodel offices and helped the team unload trailers coming into the depot. Gary was appointed Transport Supervisor in 2000 and went on to work across various depots in the UK including Little Hulton and Risley. In 2013 Gary stepped into his current role of Transport Supervisor in Oldham, where he briefs and debriefs drivers and monitors compliance.

To celebrate his anniversary, Gary’s colleagues presented him with £1,000 of Very.co.uk vouchers.

Gary Fairclough, Transport Supervisor at Yodel commented: “It seems like just yesterday that I joined Yodel – 40 years have flown by! I have thoroughly enjoyed my time at the business and feel very lucky to have spent most of my career working for such a great company. I have built some fantastic relationships with my colleagues past and present and I am looking forward to the years to come.”

Ryan Kelly, Regional Transport Manager North at Yodel added: “Garry has been a key member of the transport family at Yodel. He has worked hard to develop himself over the years and has excelled in every position he has filled. Gary’s work ethic is testament to the team spirit and family atmosphere which resides within Yodel. I look forward to seeing where Gary’s Yodel career takes him and wish him all the best for the future.” To find out more about working for Yodel, and the roles and training available, click here or text ‘Deliver’ to 84433.