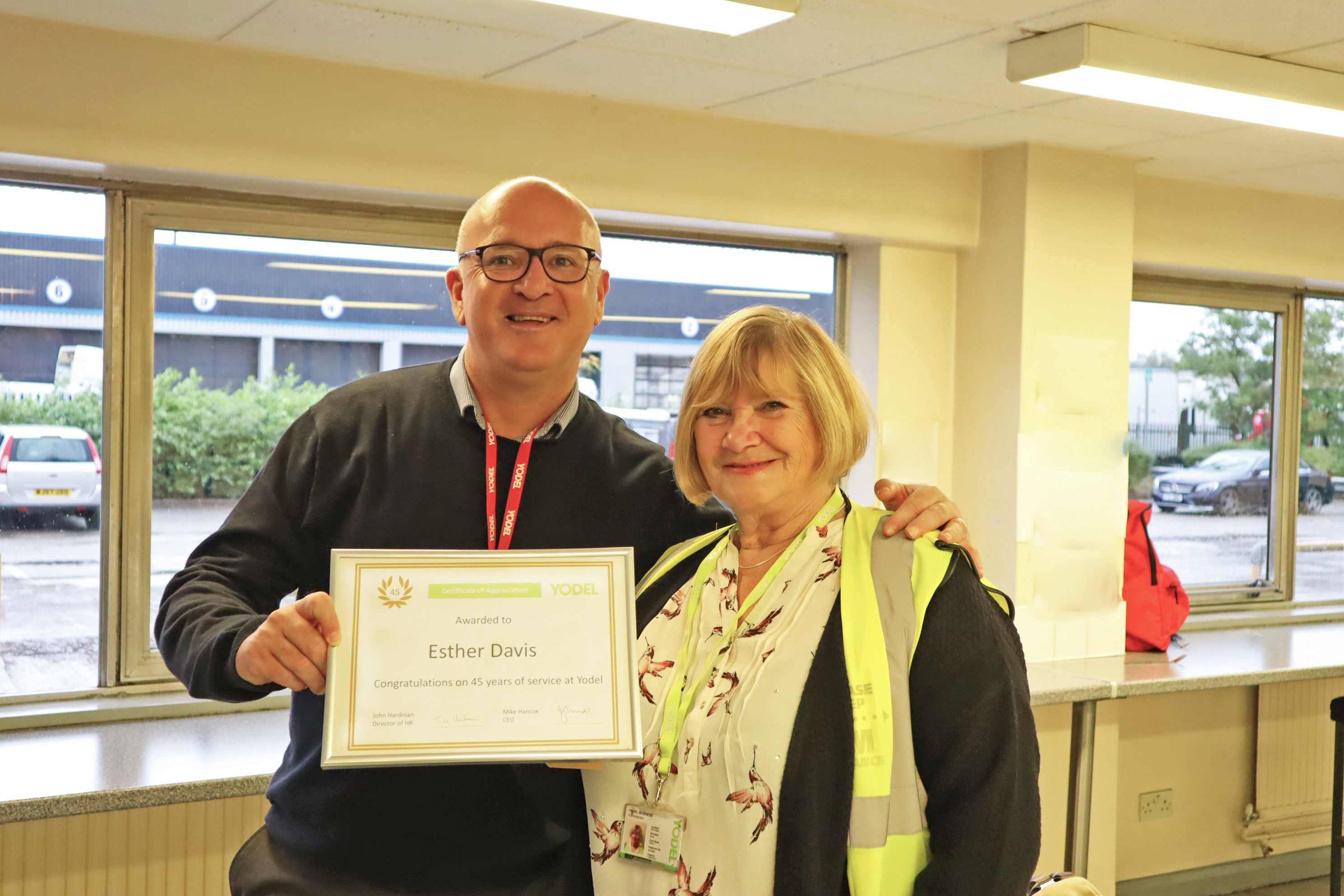 In 1976, Esther was working in hospitality when she noticed female drivers delivering to the restaurant she worked for and, after witnessing this, realised she wanted to pursue a career in the logistics sector. Esther swiftly found a role at Securicor, which later became Yodel.

For over 20 years, Esther was a courier driver, before moving on to work in her current customer service support role. During her day, Esther assigns collections to all the drivers and works closely with the transport manager to ensure the day runs smoothly.

To celebrate her anniversary, Esther’s colleagues presented her with a framed certificate and £1,000 of vouchers from the company, including gifts from her wider team.

Esther Davis, customer contact support at Yodel commented: “It seems just yesterday that I joined Yodel – 45 years have flown by! I have enjoyed my experience with the company and, although I am 74 years old, I hope to do a few more years as I am not ready to retire just yet.”

Andy Savage, Warrington lead team manager at Yodel added: “When I first came to Warrington from our Middleton depot seven years ago, the first thing I noticed about Esther was how proud she was working for Yodel and the bonds she had created with her colleagues. When the COVID pandemic first happened, Esther had to shield due to her age, but she wasn’t happy about it as she couldn’t do the work she loved and insisted she could continue doing it from home. That kind of commitment and passion has always shone through with Esther, and it is very infectious. Thank you for your commitment to Yodel.”