Yodel donates more than £1,000 to The Royal British Legion

Yodel is a Forces Friendly Employer, which has been helping link reservists and veterans with careers that suit their talents and expertise they gained during their time in the Armed Forces. Last year Yodel was awarded a Defence Employer Recognition Scheme Gold Award for being one of the UK’s top armed-forces employers. It is the highest level of award available and is only bestowed by the Ministry of Defence to organisations who have gone above and beyond the Armed Forces Covenant commitment. 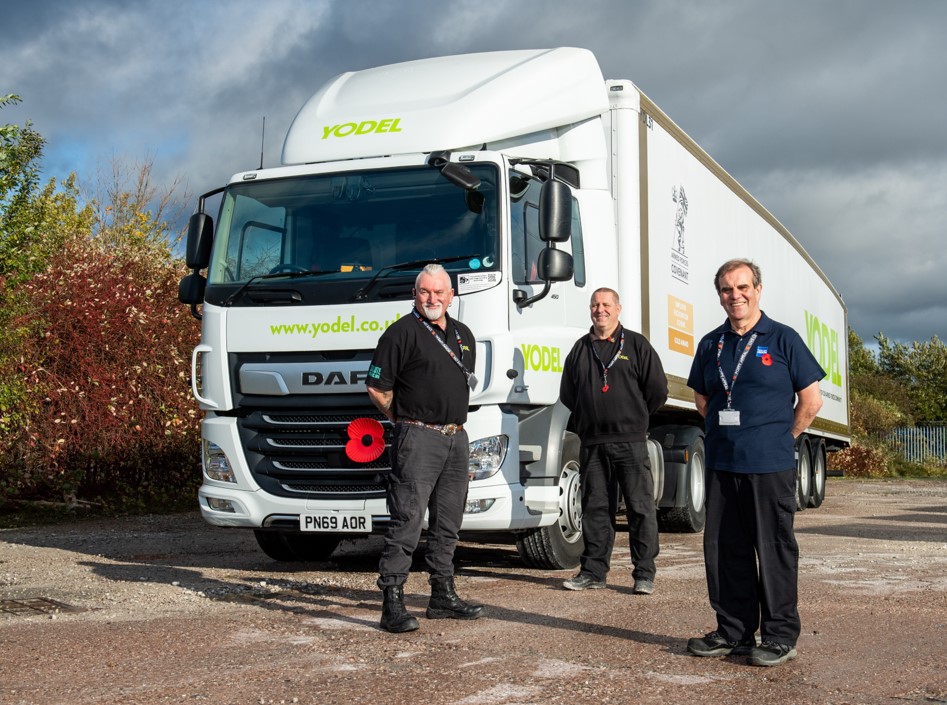 Dave Wakelin, who has been working at Yodel for 16 years and a volunteer for the Royal British Legion for over 10 years, helped raise money for the cause with support from his colleagues at Yodel’s Wednesbury depot.

Dave Wakelin, Stores Administrator at Yodel’s Wednesbury depot commented: “During my spare time I help raise awareness and money for The Royal British Legion and I’m so pleased to see that Yodel has decided to donate to the cause this year. Although I’ll be retiring next year, I plan to continue volunteering for the Royal British Legion.”

John Hardman, Chief People Office at Yodel said: “At Yodel we are delighted to showcase our commitment to the armed forces by decorating our trailers with poppies and having everyone contribute to such an important cause. We see first-hand the benefits and skillsets that employing ex-service personnel can bring to a business day in, day out. We will keep championing Veterans’ roles in the business as they are a vital part in the Yodel team.”

To join Yodel’s team or to find out more about working for Yodel, and the roles and training available, visit yodelopportunities.co.uk or text ‘Deliver’ to 84433.