Providing safe deliveries to customers during this time is really important to us at Yodel. Read about changes we have made to help protect our customers and our colleagues here

Green-focused overhaul of fleet with the launch of a new electric vehicle, trailers and Microlise GPS tracking software to optimise driver performance. 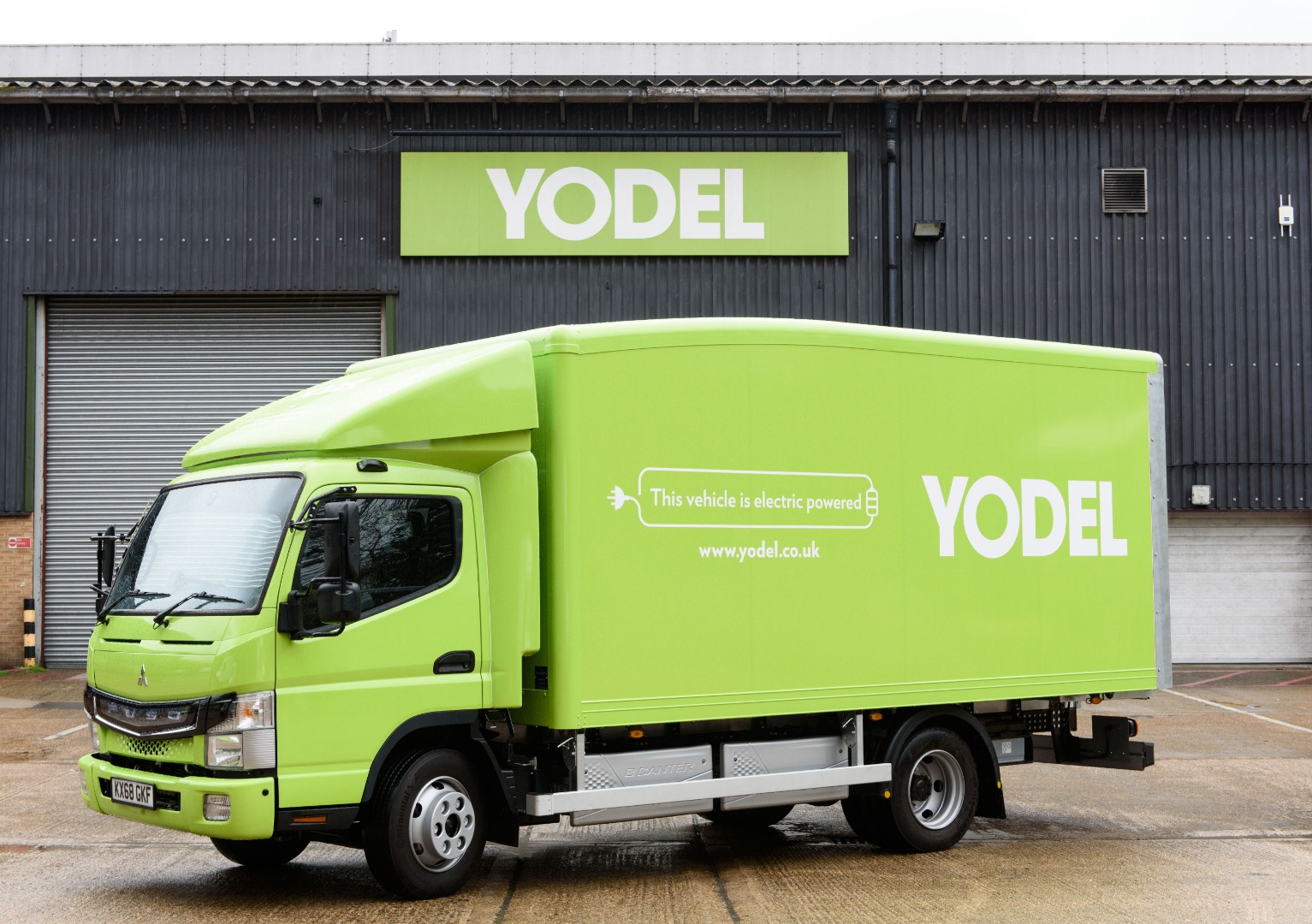 UK independent parcel carrier Yodel has announced a £15.2m investment in its fleet, designed to reduce the environmental impact of its road-based operations. The investment includes new vehicles and trailers as well as technology to improve efficiency and safety.

Yodel has taken delivery of an all-electric 7.5 tonne light-duty truck, the first in its fleet. The Mitsubishi FUSO eCanter will initially be based at Yodel’s customer delivery depot in Hayes, and used across London. It will be put through its paces to ensure that the subsequent electric vehicles are deployed in the right locations. Silent and emission-free, the state-of-the-art vehicle has a load capacity of up to four and half tonnes and is powered by six high voltage batteries.

The carrier has also invested in Microlise technology for all its tractor units and trailers, a total of more than 1,300 assets. This innovative software monitors factors such as speed, location, and road traffic levels. It reports back to Yodel’s state-of-the-art business control tower, allowing the team to view the network in real-time and adapt to dynamic conditions.

Microlise’s Android-based DriveTab tablet devices act as the main interface for driver communication and navigation. Journeys can be planned and monitored by the business control tower and instructions sent to the driver, while driving style can be evaluated and feedback provided to optimise driver performance. Yodel has already seen a seven per cent improvement in fuel efficiency since the introduction of the technology.

As part of its ongoing commitment to ensure the safety of its drivers and other road users, Yodel has fitted every tractor unit with a Microlise panic button, enabling drivers to alert the business control tower of an emergency.

The carrier is also trialing a number of dashboard camera systems for its tractor units, to aid incident investigation.

In addition, Yodel is also looking to expand its urban bicycle delivery offering. Yodel currently uses bicycle couriers to deliver parcels in central Oxford, Stevenage, Hereford and Brighton with plans to introduce them in Birmingham, London and Manchester soon.

Andrew Peeler, CEO of Yodel, said: “This large-scale investment in our fleet is designed to improve efficiency and minimise the environmental impact of deliveries. I’m delighted that we’ve introduced electric to our fleet this Spring, and we have plans to expand our use of both pedal and electric power this year.

“In addition, we have invested in technology to calculate the most efficient routes and evaluate our drivers’ driving style to further reduce our carbon footprint.

“Our CollectPlus service helps to minimise congestion and pollution by consolidating deliveries to local stores, which customers can then pick up at their convenience. We are also striving to ensure that every home delivery is successful on the first attempt through the use of enhanced tracking and our Inflight service, which allows customers to redirect or reschedule if they realise they are going to be out when their delivery is due.”

The fleet announcement follows Yodel’s £1m investment in a bespoke semi-automated sorter at its Wednesbury site at the end of last year. The sorter, dubbed Merlin, has enhanced the speed and efficiency of sorting irregular shaped items and improved safety by reducing manual handling.

Yodel Testimonials
Chat to one of our advisors